Vallejo, California is the first permanent home of California's state government and is the 142-year home of the first and most famous naval ship building and repair facility on the west coast. A city whose rich history is intertwined deeply to both the state in which it was born and to the country it served through two world wars.

Prior to the 1830's, the countryside where the City of Vallejo now stands was inhabited by the Suisun and Karkin Indians. In 1835, a Mexican military officer, Mariano Guadalupe Vallejo, was sent to the northern California frontier where he established several land grants. One of these grants, the Rancho Suscol, included the area where the cities of Vallejo and Benicia are now located. Chief Solano, a leader of the Suisun Indians, allied himself with General Vallejo, an alliance which allowed the region to remain primarily inhabited by Native Americans until the 1840's. 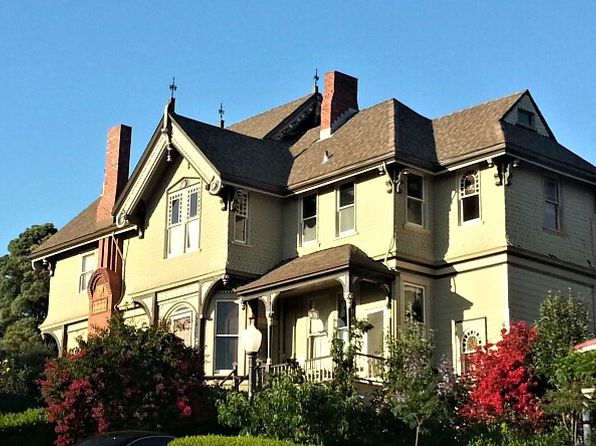 In 1850, after California had been admitted to the Union as the 31st state, General Vallejo donated 156 acres of his land and promised the sum of $370,000 to create his dream of a thriving new state capital. Vallejo wished the site to be called Eureka, but his fellow citizens insisted upon naming the city in his honor. Thus Vallejo became the first permanent seat of California state government in 1852. The city's glory was short-lived though as members of the legislature quickly became unhappy with the living and working conditions in the pioneer city. As a result, the capital moved to Sacramento just a few weeks later. But inconvenienced by floods there, the restless legislature moved back to Vallejo - and then later to Benicia - before returning to Sacramento, where the capital has remained ever since.

After the legislature left Vallejo for good, the city became something of a ghost town for a brief period of time. But the United States Navy came to the rescue in 1853 with their purchase of Mare Island for the creation of the first naval installation on the west coast of the United States. Suddenly Vallejo's future once again became brighter.

The author of an 1863 book entitled The Resources of California described the budding city: "Vallejo has a magnificent site for a town. The present village is built on the slope of hills about a hundred or a hundred and fifty feet high, which rise from the harbor so gently,

that a heavily laden wagon can be drawn over without an extra team. About a half a mile back from the landing lays a beautiful and very fertile plain several miles wide and extending from the lower part of the harbor. I have never seen a city provided with such a magnificent place for country residences as this."

Although the town is named after General Vallejo, the man regarded as the true founder of Vallejo is John B. Frisbie. After his daughter Epifania married Frisbie, General Vallejo granted him power of attorney for the land grant. It was Frisbie who hired E.H. Rowe, the man who designed the city layout and who named the east-west streets after states and the north-south streets after California counties.

Frisbie encouraged settlers to stay in the area and sold them lots to build houses and businesses upon. He helped establish the city's government, supported the thriving wheat-shipping business, presided over banks and founded the White Sulphur (Blue Rock) Springs Resort. It was also due in part to Frisbie's diligent lobbying in Washington D.C., that Vallejo was officially incorporated as a city in 1867.

More About Vallejo
Things To Do In Vallejo
Vallejo Events

Search All Homes For Sale In Vallejo